The inspiring Lake District I (The heart that loved her) 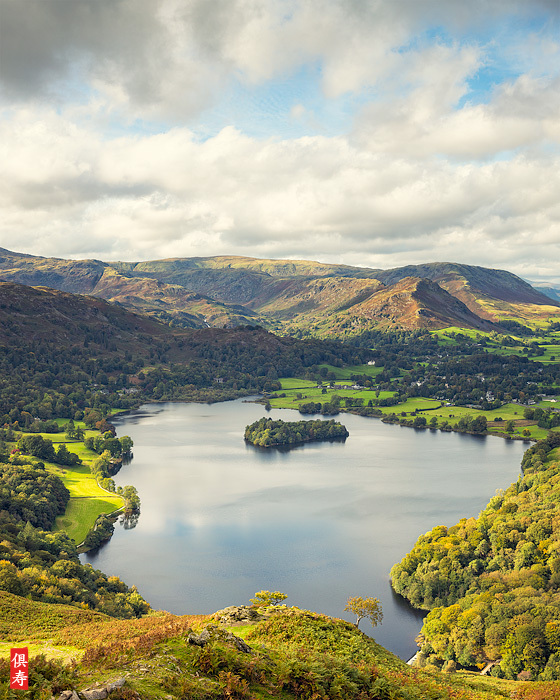 The English Lake District is a place truly renown and inspiring throughout the centuries. Great thinkers like William Wordsworth, Beatrix Potter, John Ruskin, Samuel Taylor Coleridge or certainly Alfred Wainwright have put their impressions into words and pictures we still admire and enlighten us today. This compressed mountainous region in Cumbria with roughly 2,400 km² features a comprehensive appearance of lakes (however only one has the suffix lake, most of them are waters, meres or tarns), forests and mountains (fells) where the settlements (of about 41,100 people) intensify this ethereal appearance.

England’s highest mountain, Scafell Pike (978 m) as well as the largest Lake, Windermere, are located here. Being a designated National Park since 1951, the region has further been distinguished as UNESCO World Heritage Site since 2017.

The view is down towards Grasmere with an onward walk to one of the 214 so-called Wainwrights, Loughrigg Fell with 335 m.

Nature never did betray The heart that loved her. – William Wordsworth