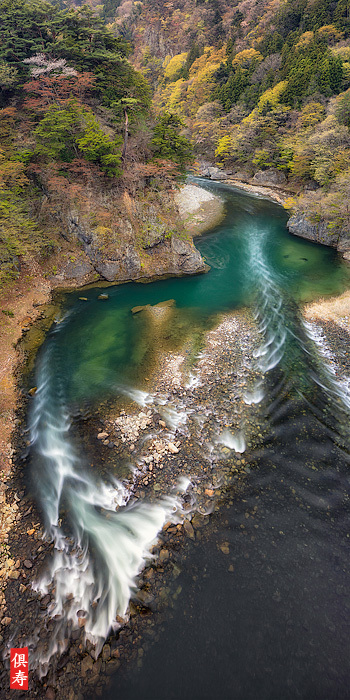 A Kakejiku is a long vertical hung scroll used for centuries in Japan when it was once imported from China during the Heian period (794 – 1185 AD).

More commonly referred to as a Kakemono (hanging thing) it is often seen in tradtional interior designs displaying reduced paintings or calligraphy in the Tokonoma (a recessed space for reception much like a small alcove) on special occassions, widely known during tea ceremony (chadō or sadō). As many Japanese items it is compactly stored furled when not used for exhibition.

This picture as a 2:1 vertical panorama is reminiscent to this Japanese tradition.