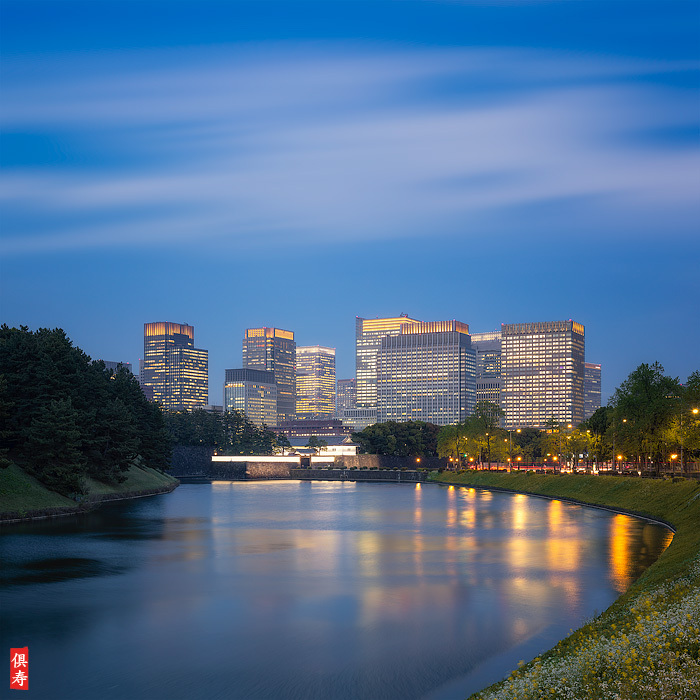 As of today (1st May, 2019), Japan has a new Emperor with the nengō Reiwa (meaning Beautiful Harmony) … Former Emperor Akihito fully resigned so that his oldest son Naruhito ascend as Japan’s 126th Tennō to the Chrysanthemum Throne.

This picture of the brightly lit Sakurada Gate to a small public part of Tokyo Imperial Palace (Kōkyo) surrounded by the high-rise buildings of the Marunouchi financial core at dusk can be seen as allegory of the world’s oldest reigning dynasty as a door to the past within of one of the world’s most modern and influential cities.