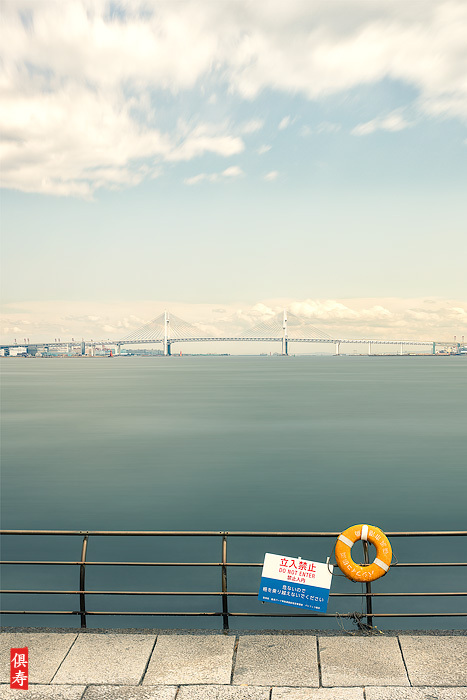 While Tokyo and Yokohama both share the same part of coast it is far more perceptible in the later city for recreational use although Tokyo has intensified its engagement with the re-creation of the artificial island Odaiba since the late 90s.

It is very easy and common to stroll through the Minato Mirai 21 (meaning Harbour future) district, a large master-planned development area directly linking the historic centre of Kannai and around the large train station of Yokohama where in former times 110 hectares of land were used by warehouses and other harbour-related sites.

As nearly every successful land development project in Japan it was laid out as a mix of business, shopping and recreational facilities. The view in this image stretches from the forwarded Rinko Park (Rinkō pāku, meaning Harbour Park) towards Yokohama Bay Bridge (Yokohama Bei Buridji).